How to use Bitcoin ATM machine 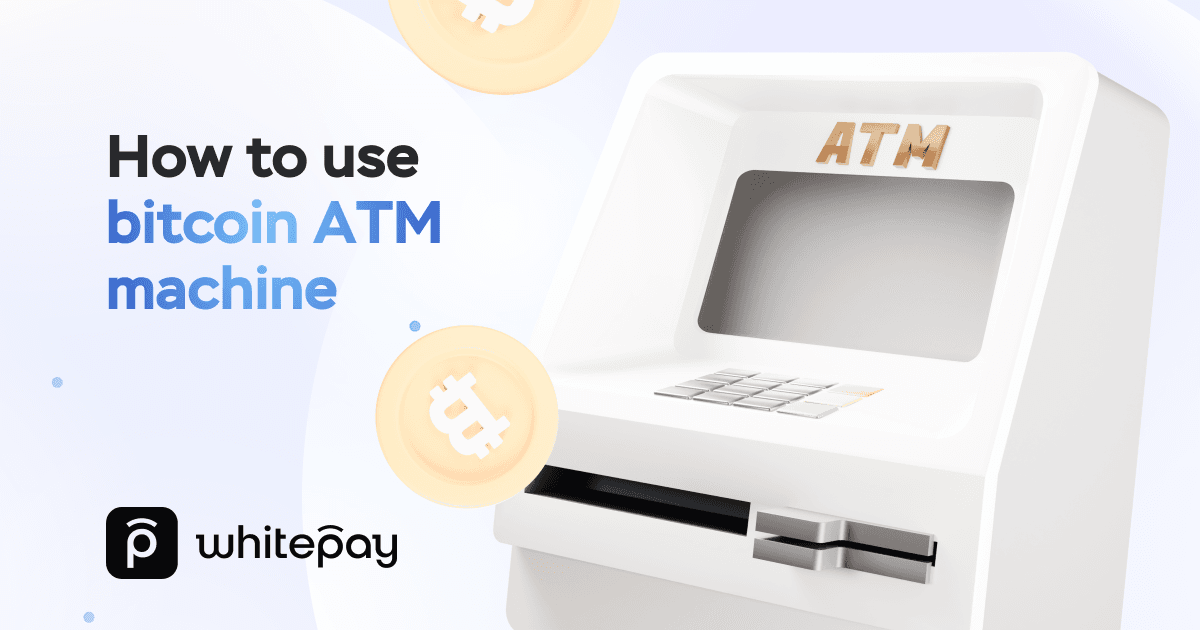 How to cash out Bitcoin? Probably this issue is of concern to all cryptocurrency holders. For this purpose they can use a Bitcoin ATM. It’s a great way to circumvent the traditional banking system in order to buy or withdraw BTC. Over the years, popularity of the Bitcoin ATMs has grown along with the increase in the value of cryptocurrencies and the use of them.

If you want to find out how a Bitcoin ATM works, keep reading this article. We are going to discuss how to use Bitcoin ATMs and some interesting facts about them. In this article we will provide you with helpful information about cashing out Bitcoin with ATMs including requirements and steps.

What is a Bitcoin ATM

A short history of Bitcoin ATMs

The first cryptocurrency ATM appeared in October, 2019. It was located in Canada’s Waves Coffee Shop in Vancouver and operated until 2015. Although the crypto ATM did not last long, it quickly gained widespread acceptance. Then a Bitcoin ATM was opened in Europe, in Slovakia, in December 2013.

As you know, cryptocurrency faced many regulatory problems. The same story happened with Bitcoin ATMs. In the end, a compromise and agreement was reached that BTMs should follow the same rules as traditional ATMs.

This also applies to restrictions on the number of deposits and withdrawals that one user can make per day. For example, in the United States, Bitcoin ATMs are required to register with the Financial Crimes Network (FinCEN) and follow the Bank Secrecy Act's (BSA) Anti-Money Laundering (AML) regulations. Moreover, users must provide personal data, such as a telephone number or an identity card, to carry out the transaction. Especially if we are talking about a big amount.

Today there are more than 28 000 Bitcoin ATMs around the world, and the most of them are located in the United States, namely in North America. There are almost 90% of Bitcoin ATMs.

How does Bitcoin ATM machine work

In general, BTMs allow people to buy and sell Bitcoin easily and conveniently. There are two types of Bitcoin ATMs:

Like a typical ATM, a Bitcoin ATM must be connected to the internet. However, instead of being connected to a bank account, Bitcoin ATMs communicate directly with the Bitcoin blockchain, because BTMs transfer money through a public key on the blockchain.

How to use a Bitcoin ATM

So, you can buy and sell Bitcoin with Bitcoin ATMs. How to do it? Here are the general steps on how to use a BTM to buy cryptocurrency.

How to use Bitcoin ATM machine with cash

You definitely need a cryptocurrency wallet to buy Bitcoin through an ATM. If you don't have a crypto wallet yet, now is the time to create one. This way you will get a unique bitcoin address. It is to this address that bitcoins will be credited.

As we mentioned before, Bitcoin ATMs require verification. So, you have to insert  your phone number to get a verification code. Then you enter this code to verify your ID. Don’t forget to choose what cryptocurrency you would like to get (if the ATM offers more than one) and enter the amount you would like to buy.

Then you need to enter your payment information – Bitcoin wallet address. Most Bitcoin ATMs allow you to scan QR code. It helps to minimize the risk of sending new crypto to the wrong wallet address. Also it’s faster and easier.

Now you can insert cash how much you want to exchange for cryptocurrency. It works the same as a traditional ATM.

We advise you to check the amount. If this amount is correct and you are satisfied with the exchange amount, you need to confirm the transaction – to press the “Buy” or “Confirm”. Your “new” Bitcoins will be sent to your Bitcoin address, which you confirmed earlier using your QR code.

That’s it! Remember, that such operations take from 10 minutes to one hour to process. So, don’t worry if you don’t see the result immediately – it will take time.

How to Sell Bitcoin at a Bitcoin ATM

You can also use bitcoin ATMs to sell cryptocurrency. In most cases, buying or selling cryptocurrency is not too different from withdrawing money with a bank card. How to sell bitcoin:

You can scan it from the mobile app, print it out or enter the address manually.

It depends on the country, but most bitcoin ATMs require users to enter a phone number, scan a valid ID, or take a photo. Some machines even accept fingerprints. Verification is a mandatory procedure when it comes to a large amount.

This can usually be done by scanning a QR code. Some machines dispense cash immediately, while some wait for the user to verify their identity and pass verification.