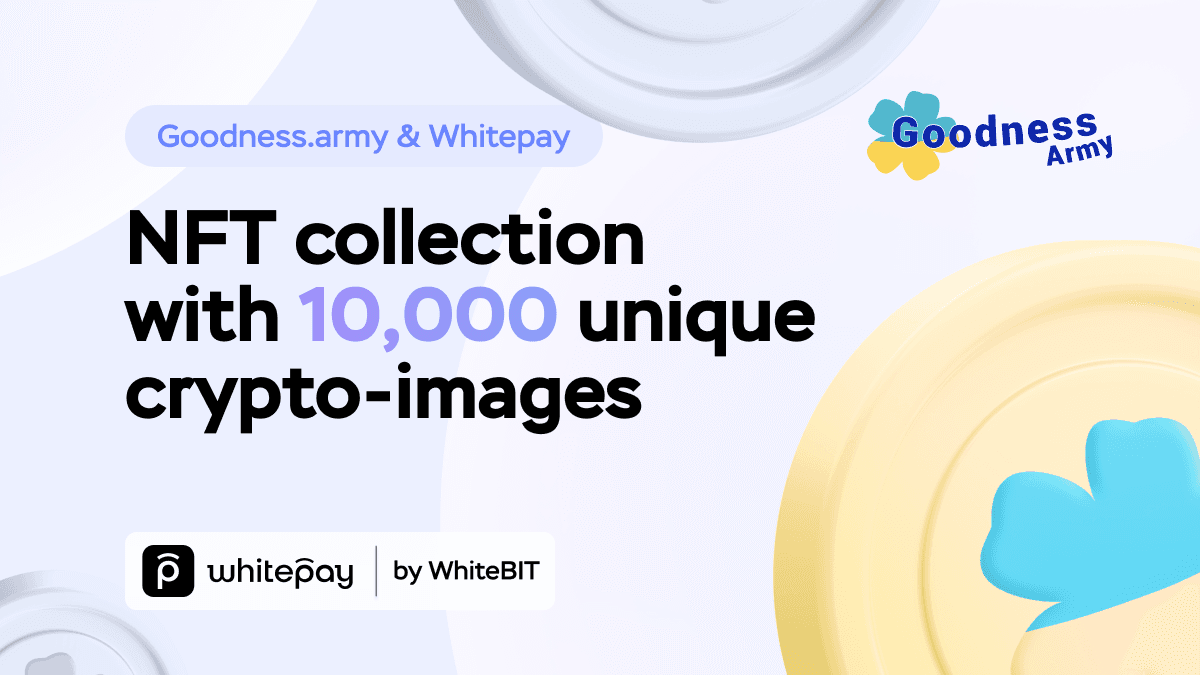 NFT projects are actively gaining popularity not only among cryptocurrency enthusiasts but also among charitable projects. Such projects are used for fundraising, aid, and other good deeds. Of course, Ukraine is not far behind.

Since the beginning of the full-scale Russian invasion of Ukraine, there have been many NFT projects to collect donations. Some Ukrainian celebrities have launched their NFT projects, and all the funds raised go to help the Armed Forces, the affected citizens, and the reconstruction of Ukraine.

Why is NFT so attractive for charity projects?

Transaction speed, security, and transparency are the main NFT characteristics. It is a very convenient way to raise funds from anywhere worldwide. Even before the war, this technology was often used to sell and buy works of art. Since the beginning of hostilities, she has been approached by charitable foundations.

In addition to working on our platform for collecting cryptocurrency donations, we also work with volunteers and other charities. One of them is Goodness.army.

What is Goodness.army, and how does it work?

The Goodness.army project has 10,000 unique cryptocurrency images, with only one goal - to raise as much money as possible to reconstruct Ukraine. The project's founder, Rainer Stas, woke up on February 24 from the bombing of his native Kyiv. He has been involved in NFT projects for about a year. So he decided to use his knowledge for the benefit of Ukraine.

Everything is transparent and honest. Thanks to the smart contract and a unique code, the funds are distributed among the official accounts of charitable organizations. The whole financial history; it can be easily seen and traced here. That is why NFT technologies are actively used in charity projects to prevent fraud or corruption.

And what to do with this NFT?

In addition to helping, you will also be able to sell or monetize NFT images in the future.

Thus, 90% of the funds go to the reconstruction of Ukraine. The other 10% goes to the company's development and other funds. Then we can guarantee safe and fast receipt of payments.

Remember that every contribution brings us one step closer to victory.

Cryptocurrency donations are the safest and fastest way to help the Armed Forces, citizens, and the country.

Everything will be Ukraine,

Whitepay and U24. United by one idea